If you opt to play perkless (or bare naked if you have no items/addons or offerings either) in pub games, then you are stunting yourself without any real bonus except for good results feeling that little bit better. But because we are trying to encourage higher standards of play here in the DCG, pugs and tournament matches played without perks do not go unnoticed.

In Nerd’s tournament, the bonus was set to 50% because the general expectation was that most players would be hesitant to play their tournament matches perkless, and that those who did would likely encounter significant resistance from those who held on to their perks. But it transpired that 50% extra bloodpoints was too good to pass up, not to mention that gen-rushing and swift 4-killing did neither side any favours as far as points were concerned. That is why (at least for the time being) the bonus has been scaled down to 25% for both survivors and killers.

Now it’s true that there may be certain maps where it’s more beneficial to use perks than to go without. 25% bonus is worth considering, but bear in mind that as survivor, you for instance won’t have Sprint Burst to buy you a little breathing space, just like killers can’t mow down pallets fast enough without Brutal Strength and Enduring. Finding survivors on maps where they can conceal themselves better can be hard if you’re a killer who is reliant on tracking perks such as Whispers or Spies from the Shadows to lead you to your prey.

I can say from personal experience, that having played bare naked killer since September last year, learning to play with such a level of resistance made me a much better player overall. Why? Because I was forced to learn the intricate details and differences of killer gameplay when you don’t have perks to lean on. I realised that there were times when it was better to chase and also times when it was better to disengage and find new targets instead. Without Brutal Strength or Enduring, I quickly realised the significant difference between safe pallets and unsafe pallets, and how to deal with each of them whenever a survivor tried using either against me.

Without Whispers or other tracking perks, I had to use logical deduction to check out certain parts of maps from the very start to find telltale clues of survivor activity, whether it was the sound of generators being tinkered with, scratch marks, even the sound of a survivor breathing very close by. Although I’m not a survivor main, there was once a point in time in which I adopted the same philosophy with survivor and adapted well enough to understand how to play bare naked survivor too. Once you’ve adapted well enough, you realise that you don’t actually ‘need’ perks like Sprint Burst, Self Care or any of the rest.

But there’s also a hidden benefit to playing perkless. As already mentioned, slower games means there’s potentially more points on the table for everyone and without perks, certain elements of overall gameplay will inevitably be slower-paced as a consequence. Unless a perkless killer knows which pallets to destroy and which to leave alone, it’s gonna feel like hell when he/she is trying to make do without the classic choice of Brutal Strength (and Enduring) to power through all the dropped pallets. Equally so for survivors, all the perks that granted extra speed either in movement, healing, repairing or sabotage, are off the menu completely.

In conclusion, I’m of the personal opinion that people in general might do well in the rankings overall the sooner they get used to stripping everything off. A survivor who reaches 20k perkless means they’re under no pressure to make it out alive because the 25% means there will be at least an extra 5k points added on to that tally regardless. On the other side of the coin, a survivor with perks would have to either be at 25k points or more already, or make it out alive (with 20k points before including the survival points) just to be very close to the perkless survivor’s score. Killers who score in the high 20s/30k region will reap INSANE profits with the bare naked bonus! 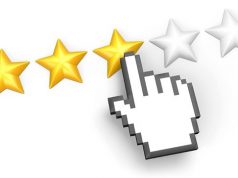